Manchester City had the chance to go back to the top of the Premier League on Sunday, with a ‘Clash of the Titans’ game against Chelsea at the Etihad Stadium.

City, who played three times in the space of seven days, had the opportunity of taking nine points from a possible nine points after breezing past Arsenal and Everton previously.

However, the pressure did not show for the men in sky blue. Another early goal this season in the first five minutes saw City go 1-0 up in the fourth minute through Raheem Sterling. Just over 20 minutes later, Manchester City had put another three past Chelsea and went into the break 4-0 to the good.

Another two goals in the second half courtesy of Sergio Aguero, who got his 11th Premier League hattrick in the game, and Raheem Sterling gave City a 6-0 win against the five-time Premier League winners, consequently handing Chelsea their heaviest defeat in the history of the competition.

An emphatic win for Man City, who now sit at the top of the Premier League on goal difference, level on points with Liverpool. It might seem impossible to try and pick three stars from such a superb team performance, but here are mine: 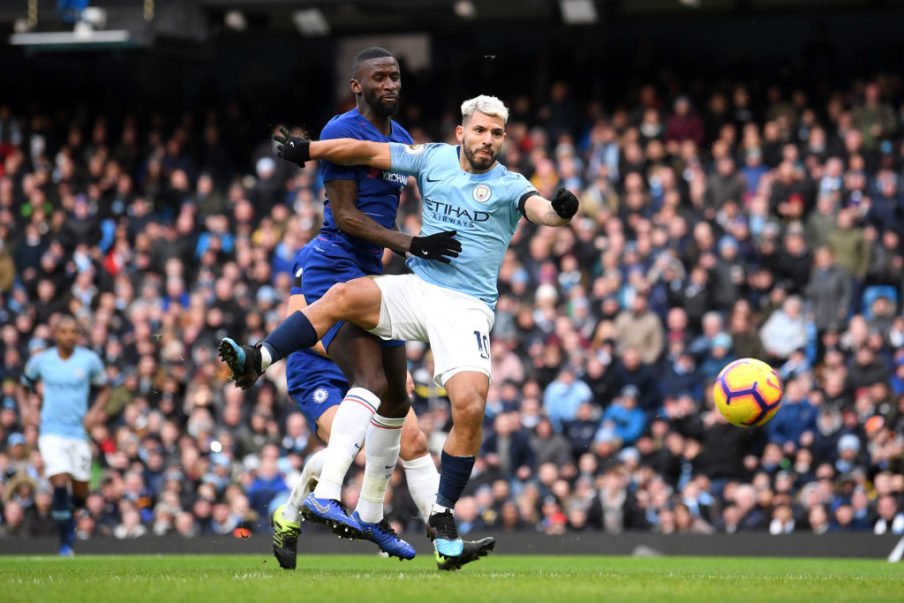 Who else? Another hat-trick for arguably the greatest South American to grace the Premier League. Big players perform in the biggest matches and Sergio Aguero proved once again how vital he is for Manchester City.

A goal from no less than 20 yards out in only the 13th minute to put City 2-0 up just showed the confidence of the striker right now. He was everywhere against Chelsea, causing problems for David Luiz and Antonio Rudiger.

There is absolutely no doubt that when it comes to the business end of the season, City will fancy their chances of winning another Premier League if Aguero continues to perform at this level. 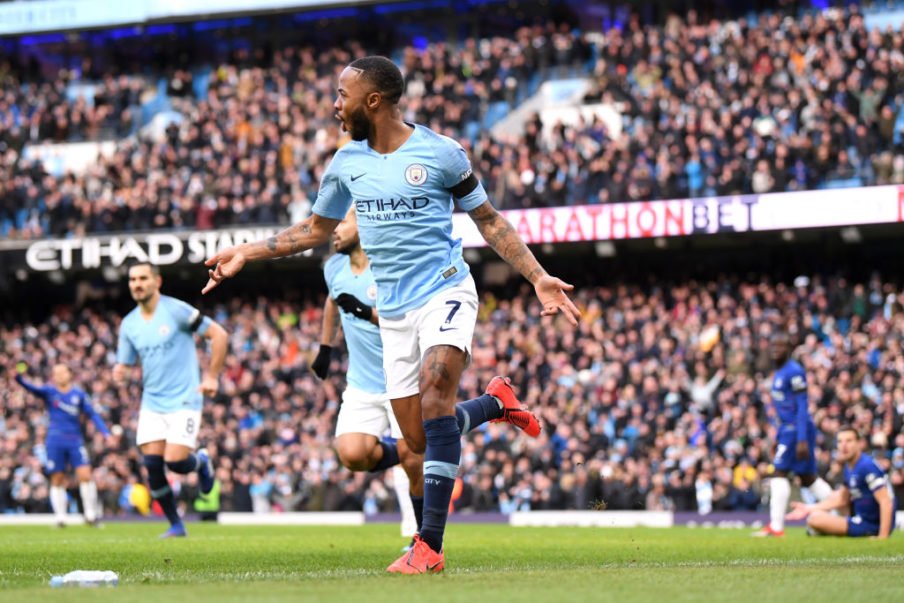 The man on everyone’s lips right now. Raheem Sterling scored two goals and won a penalty for City, as well as being arguably the most influential player on the pitch.

Sterling’s improvement this season has been evident, often being the first name on the teamsheet for Guardiola’s side. His performance against Chelsea showed just how far he has come, constantly causing problems down the left-hand side. Playing up against one of the Premier League’s most experienced defender in Cesar Azpilicueta, Sterling made him look as though he had never played a football game before. A quite phenomenal performance from the England international. 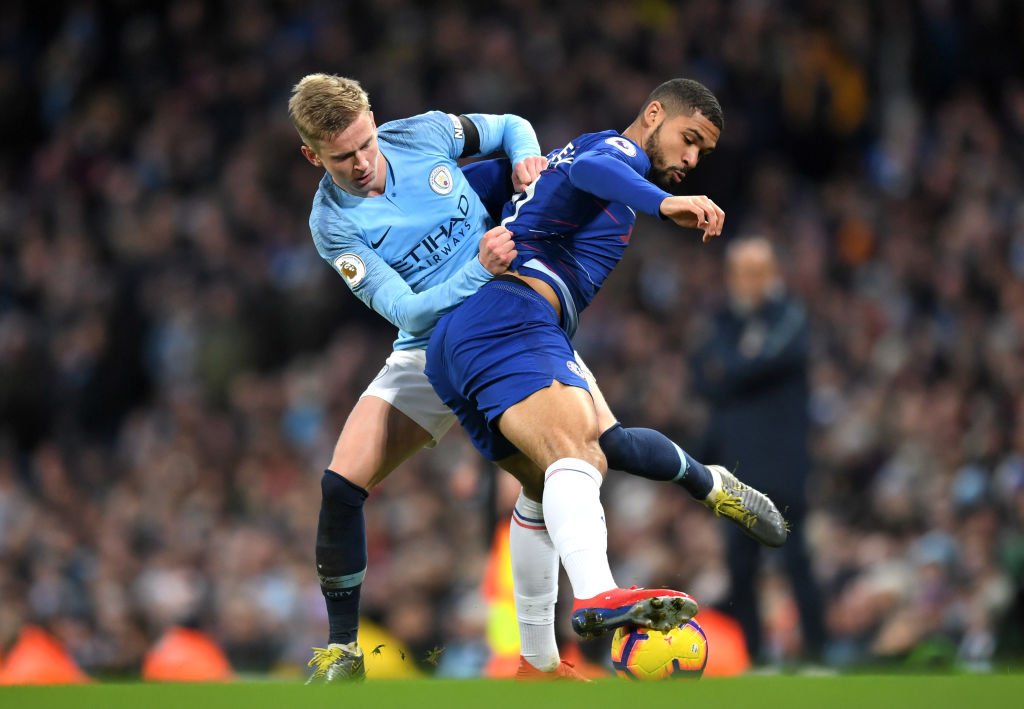 A central midfielder by trade, Zinchenko’s transformation from midfielder to full-back under Guardiola has been nothing short of exceptional.

The Ukranian’s performance on Sunday showed just how much Manchester City’s fringe players, when given the chance, are raring to take the opportunity.

Not only limiting Chelsea’s chances down the right-hand side, but Zinchenko also offered a lot going forward, even getting an assist for City’s second goal.

But more than anything, it was Zinchenko’s composure on and off the ball which made him really stand out. Guardiola’s teams pride themselves on what they do both off and on the ball and with first choice left-back Benjamin Mendy constantly in and out of the squad, it is hard to see a better replacement for him at left-back than the young Ukrainian after his performance against Chelsea.