Manchester City have long been linked with a move for Brazil-born Italian international and Napoli midfielder Jorginho, and according to Tuttomercatoweb via Sport Witness, his agent Joao Santos has revealed that City have placed a bid and that the player had already agreed a €4.5M-a-year deal.

Pep Guardiola has made the midfielder one of his priority targets this summer, and has already seen their initial offer of €45 million turned down by Napoli. They have now tabled a new bid and are now awaiting a response from the Serie A club, his agent has confirmed. 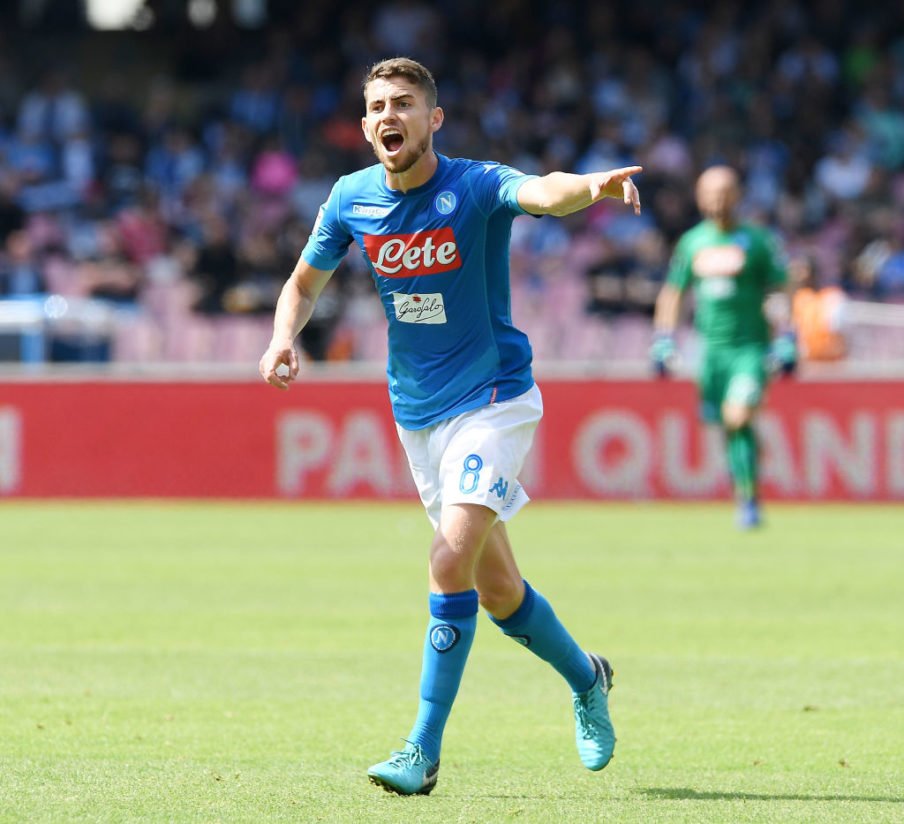 Speaking to the press, Jorginho’s representative made clear he will “evaluate everything” for his client if the two clubs can reach an agreement.

I know that an offer from Manchester City has arrived at Napoli. We are awaiting for the Italian club’s response and I don’t think the proposal will be turned down. If Napoli find an agreement with the City, then we will evaluate everything,” Santos told Tuttomercatoweb.

Aurelio De Laurentiis demanded €55 million for his club’s players services, but the new report claims the two clubs could settle for a fee close to €50 million. CalcioNapoli24.it report that The Citizens have agreed personal terms with Jorginho and that the midfielder will earn €4.5 million-a-year if and when he completes his move to Manchester.