Following City’s elimination from the FA Cup at the hands of Wigan on Monday night, Sergio Aguero lashed out at an opposition fan, appearing to strike him in the head.

Twitter: Surely a heavy ban coming for Sergio Aguero who lashed out at a Wigan fan after the final whistle. https://t.co/5DnHe19yCz (@TheManUtdWay)

The incident follows a pitch invasion at DW Stadium, the Latics’ fans ecstatic with their triumph over the Premier League leaders.

WHAT AN EVENING IN THE @EmiratesFACup

Further back than that, Everton’s Oumar Niasse was banned for two games for diving, the first time this has ever happened in the Premier League.

In 2013, Eden Hazard only copped a three-game suspension for kicking a ball boy who was refusing to hand over a football. 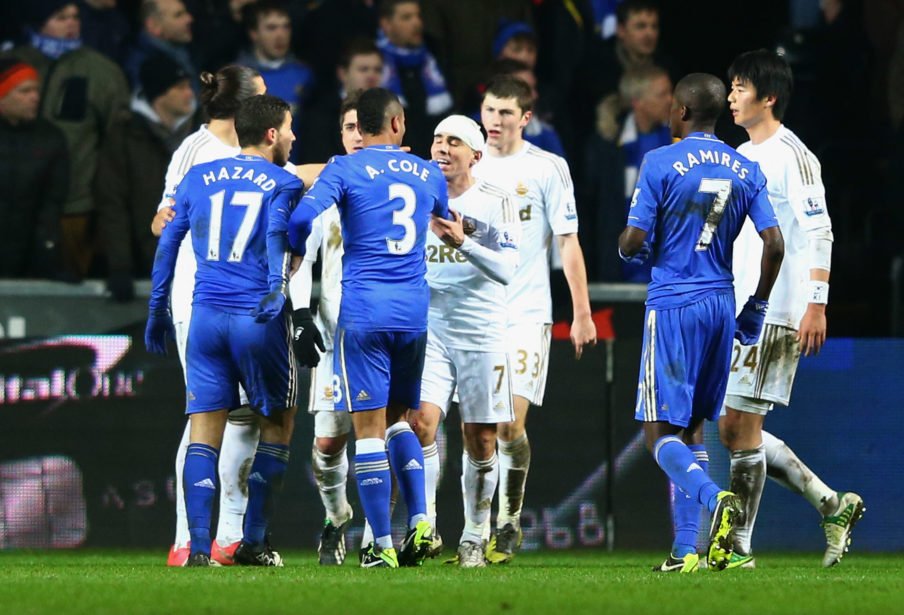 However, Eric Cantona’s kung-fu kick on a Crystal Palace supporter is the most famous player attack on a fan in British football. He received a nine month ban for this incident.

So what does this mean for Aguero?

The Argentine’s offence is obviously nowhere near as bad as Cantona’s was. The FA will also likely take into account the fact that he was provoked and the fact that the fan shouldn’t have been on the pitch.

In saying that, the association is not likely to let Aguero off easily, especially considering the Wigan supporter was struck in the head. 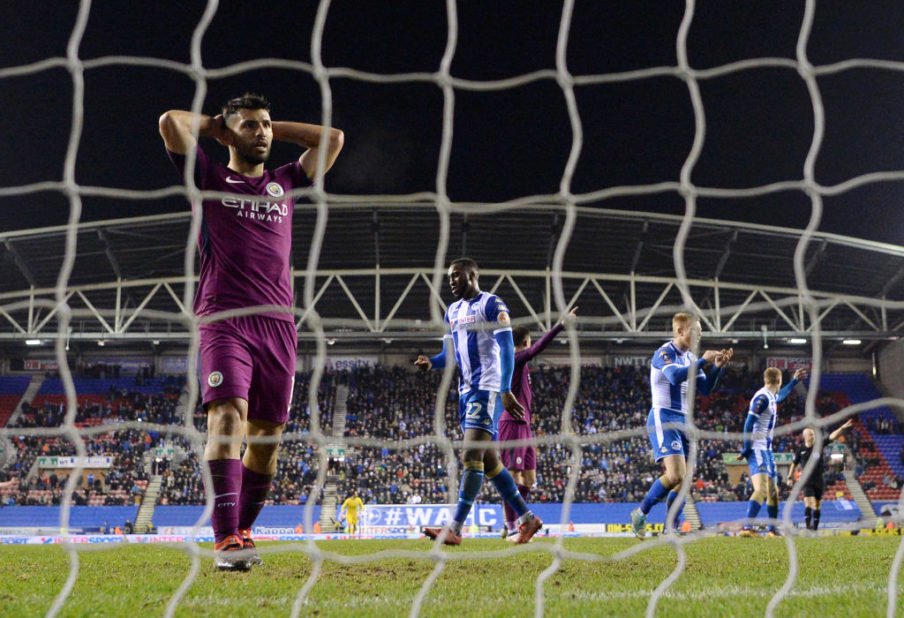 City’s star striker could potentially be looking at 3-5 games out, meaning he would miss the Carabao Cup final against Arsenal on Sunday as well as the two upcoming PL fixtures against Arsenal and Chelsea.

However, he would still be available for the home leg of City’s Champion’s League tie against FC Basel.